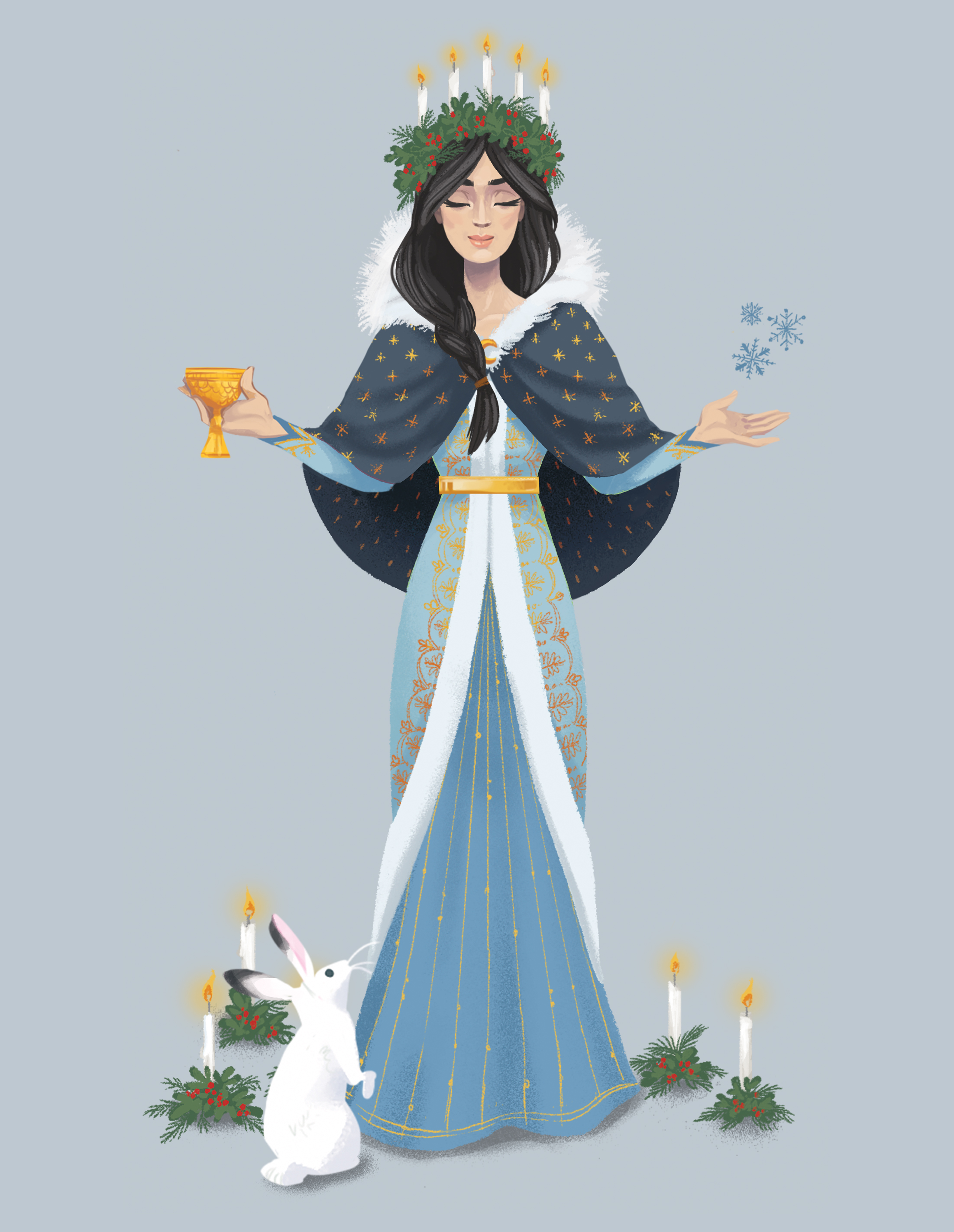 Yule falls on the winter solstice every year. It is the time when the night is at its longest; and the day is at its shortest. Snow and frost cover the lands in the Northern Hemisphere. This was a time of hope and joy, when people celebrated the return of the sun, knowing that from this day on it would rise earlier and set later every day until it reached its peak mid-year. The importance of this festival is truly universal, with nearly every world culture celebrating the ‘return of the light’ to the world; even in the Far East it is celebrated as the Chinese Döngzhì Festival.

The wren, the wren, the king of all birds,
St. Stephen’s Day was caught in the furze,
Although he was little his honor was great,
Jump up me lads and give him a treat.
Up with the kettle and down with the pan,
And give us a penny to bury the wren.

Many Neolithic sites in Europe are aligned with the winter solstice. While many are familiar with these sites, few have heard of the Sun Dagger calendar built by the Anasazi Indians in Chaco Canyon, New Mexico, or the yearly alignment at the Temple of Karnak at Thebes in Egypt. In many ancient cultures around the world it was believed that the Earth Goddess gave birth to the sun on this day. In Northern Europe this day was known as Modranacht or The Night of the Mother. This tradition was so strong that early Christianity had no choice but to move the birth of Christ on to the old date of the winter solstice – the 24th December.

In English folklore this returning sun was symbolized by the Oak King, who fought his brother the Holly King for supremacy and always won. By the middle ages this story had become immortalized in the mummers play, where bands of thespians would travel from ale house to ale house telling and acting the story of St. George who fights and slays the Turkish Knight, and then with the help of the Doctor, revives him so he can fight again the following year. It was of course, a time of peace even in ancient times, when even enemies were welcome to the table and shared food with their host; only the gods of the waxing and waning year were permitted to fight at this time as the last of the perishable food was eaten. St. Nicholas or Santa Claus is a memory of the Holly King, who on the eve of his death would deliver the gift of food and warmth to the family.

Our modern Christmas Dinner is a memory of this banquet where family and friends would gather in friendship in front of a roaring fire and give gifts to each other to celebrate the return of the light. It was traditional to place on this fire the Yule Log to bring health, prosperity and protection to the family. It was believed that if the remains of the log were used to light next year’s fire this blessing would remain all year long.

Several customs also follow Solstice Day, many related to hunting, a reminder that once this was the main form of providing sustenance until the return of the spring. In the small villages of Ireland and Scotland on St. Stephen’s day the old tradition of Hunting the Wren still continues. An old folk tradition representing the demise of the waning year, Wren Boys, their faces covered by straw masks would once parade around their town with a wren tied to pole covered in ribbons. Today the Wren Boys continue this tradition, but the wren is no longer the sad little sacrificial bird that it was. Today it has been replaced by a fluffy toy bird or even a wren created from straw, otherwise the tradition has not changed since medieval times. As they parade, they give out ‘wren’ feathers, singing this traditional ode: