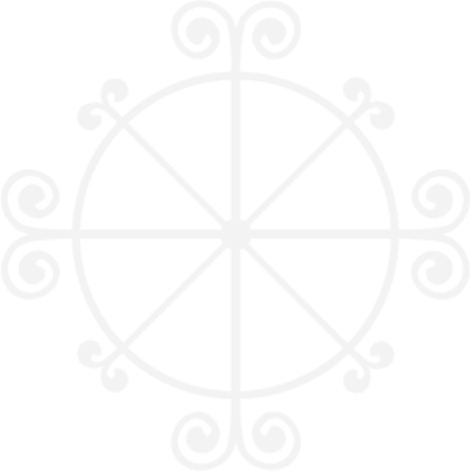 Wheel of the Year

We have always lived by the passing of the seasons. Every aspect of our lives is controlled by the movement of the sun and the waxing and waning of the year. Even in this modern world of personal micro-electronic devises and city dwelling, its influence on us remains undiminished. All of us remain aware of the seasons moving on, from the spring rain falling in March, the heat of the Sun in July and August, the cold winds and first ice of October through to December and the midwinter snows. We still mark these passing into our lives through the festivals and customs which exist within our culture; some new, some old, Christmas, Easter, Labor Day, and Halloween. We mark these events on our calendar with the celebrations of life, but few of us know the ancient origins of these celebrations. Many of these can be traced back thousands of years; many of the ancient sites of the old and new world are aligned with the solstices and equinoxes, marking the balancing points of the sun during the year. Most are familiar with the alignments of Stonehenge in Wiltshire, England, where the first rays of the rising sun at winter solstice rise above the Heel Stone, or Bru na Boinne (Newgrange) in Ireland, where on the same day the sun pierces the roof box above the entrance illuminating the 5,000 year old tomb in golden light. But few are familiar with similar alignments existing at Chinchen Itza, Mexico, where, at the equinox, the light of the sun forms a snake on the ascending staircase of the pyramid, or the solstice and equinox orientations which can be found in the sacred geometry of Angkor Wat in Cambodia. Marking the passing of the seasons is a truly universal human experience, found not just in architecture but in music, poetry and even mathematics; the mysteries of nature.

In Western culture, the Solar Festivals of the equinoxes and solstices were joined by the four festivals of the cross quarters; the Celtic Fire Festivals, as they have been commonly known, Samhain, Imbolc, Beltane, and Lughnasa. These were agricultural festivals marking the celebrations related to planting, growing, and reaping. The celebration related to Mother Earth as the goddess of the crops; the Greek Demeter, and the Irish Grainne. All were marked with celebrations and feasting, and were so prominent in European culture that even early Christianity incorporated these heathen festivals into their practices as Holy or Saints Days as they did with St. Bridget’s Day (Imbolg) and St. Walpurgis’s night (Beltane). They also did the same with the solstices and equinoxes with St. Patrick’s Day falling on the old spring equinox of 17th March and St. John’s Day falling on old summer solstice 24th June. The old festivals were here to stay in Europe and even though the name and cultural influence changed, for example, Old Samhain, which originally fell on the 5th November became Guy Fawkes or Bonfire Night in England from the 17th Century, while in the 20th Century, the 1st of May; the May Day Festival, became not only a traditional folk festival associated with Morris Dancers and real ale being sipped on the village green, but also a public holiday associated with workers’ rights. The Festivals hold such power within people’s imaginations that they refuse to die, and continue to evolve and adapt to our needs and culture.

Today many people are becoming aware that the recognition of these Festivals is more important than ever. Their recognition links us to nature at a time when we have become distanced from the cycles of nature due to the pressures of modern living. Many of us have become unaware of the cycle of the year and our connection through it to nature; we have become distanced from nature and with this distance comes the danger of forgetting that whether we realize it or not we are part of these cycles and these cycles effect us on a daily basis. We are all born of Mother Nature, and she will not let us forget it; she reminds us with the passing of the seasons and the affect they have on our daily lives. To embrace the Wheel of the Year is to celebrate life itself in all its forms and to respect nature and our place in it as part of the never ending cycle of Birth, Life, Death, and Rebirth.