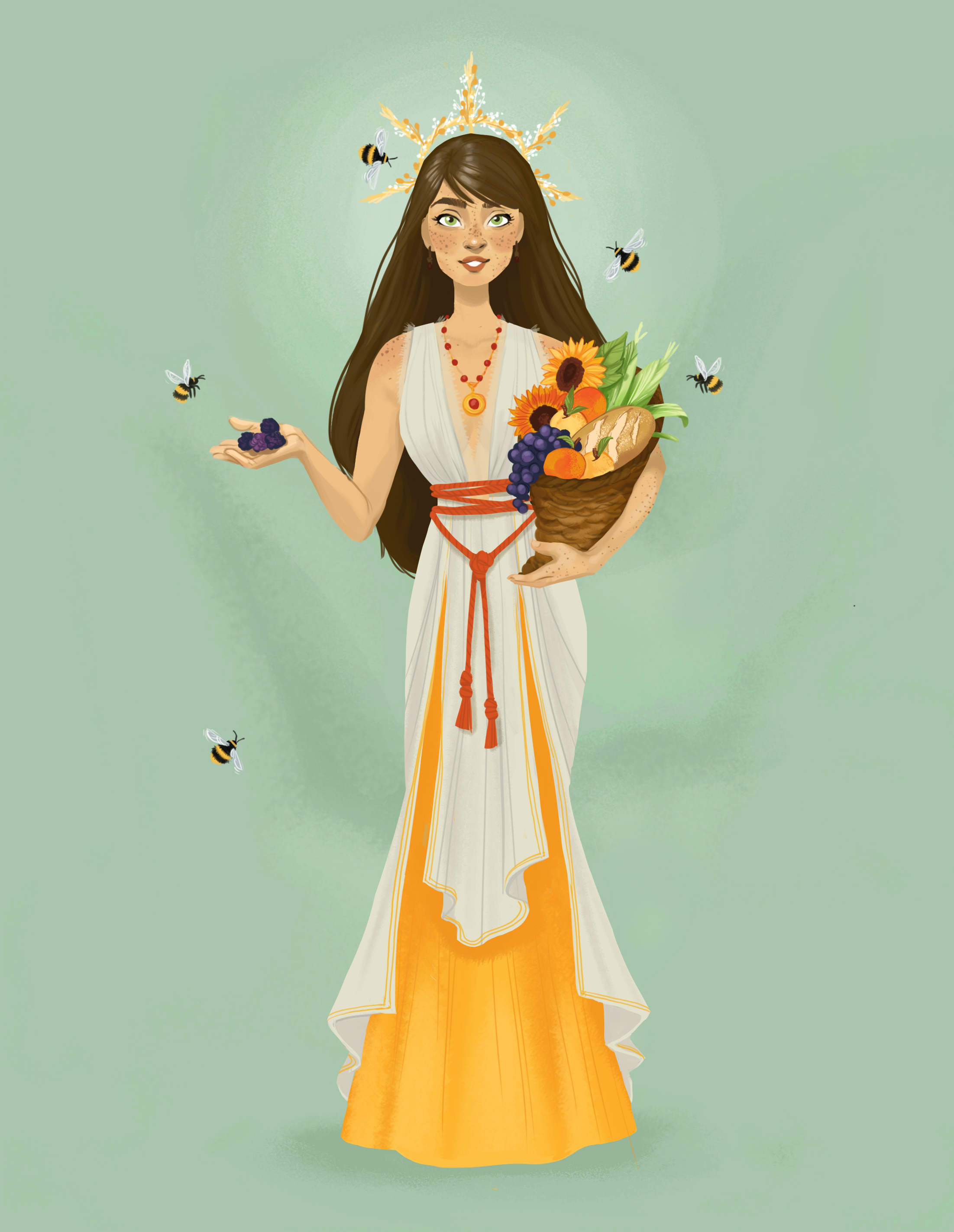 Lammas or Lughnasa as it is known in Ireland is the first harvest festival of the year. It is a time when the crops; the wheat and barley, have reached their height and it is time to harvest and store them for the coming year. The remaining stalks are bundled together in the fields, and later stored as fodder and bedding for cattle for the coming winter. This was and still is the time when the Earth Mother is given thanks for her bountifulness of nature. A time when the workers in the field could rest from the reaping of the crops, could feast, drink and make merry. The term Lammas originates in the abbreviated form of Loaf Mass; L’a’ Mass. This term replaced the old title in Britain when Christianity came to its shores, while in Ireland the old title of Lughnasa or Lughnasadh; the Festival of the God Lugh remained.

The later Celtic and more benign god Lugh usurped the older harvest god Crom Dubh; ‘the black bowed one of mound’, but the memory of this ancient sacrificial god survived into Christian times. Up until the 1960’s it was traditional for children to climb the hills once sacred to this harvest god and collect Bilberrys on Bilberry Sunday; the Sunday closest to Lughnasa. This is a memory of one of the first acts of St. Patrick when he came to Ireland, to banish this ancient god from Cruachan Aigle, his sacred mountain. The mountain was retitled Croagh Patrick in memory of this, and christian pilgrims on Reek Sunday; the last Sunday before Lughnasa, still celebrate his banishment by the saint by doing the treacherous climb to the top of the mountain. This tradition of climbing mountains originates with the worship of Crom Dubh, but the climbing of mountains at this time can be found in other parts of the British Isles, including the Isle of Man as part of the celebrations for this time of year. St. Patrick took on many of the aspects of the god Lugh during this early Christian period, and Lugh remained in memory.

The main celebrations of the god in Ireland took place at Tailtu, modern Teltown in County Meath. Lugh was the god of horse racing and games, and this is reflected in the Tailteann Games which were held every year there at Lughnasa. These predated the Greek Olympic games by hundreds of years, and continued there until the 1930’s when they were banned. Games and ritual seem to play an important part in the celebrations of Lammas or Lughnasa throughout the British Isles, many with fertility overtones. In Wales a game called Rhibo was played between the men and women who had been harvesting the wheat. Six men stood in two rows of three each, holding the hands of the man opposite. A man and a woman would lay across their arms side by side. and they were then thrown up into the air several times. On the Islands of Scotland ot was traditional for families to reap the harvest dressed in their best clothes. The father of the family would face the sun and then cut a handful of corn, which he would then circle sun-wise three times round his head as part of the Iolach Buana or reaping salutation to the god of the Harvest.

In Anglo-Saxon England, it was also a time to give thanks to the spirits and old gods of the harvest. One charm carried out at this time was to take a loaf of bread, split it into four pieces and place each of these pieces in the corner of the barn. It was a way of thanking the spirits of the four directions as well as asking them to protect the crop that was to be stored there. It has always been traditional at this time to make corn dollies out of the last stalks from the field. It was considered bad luck for anyone to cut the last sheaf of the wheat as it contained the spirit of the corn. Important ceremonies developed to allow its cutting, including the tradition of all the harvesters throwing their sickles up into the air above the sheaf until one of them fell and cut it. In this was they all took responsibility for the act. Many of the traditional designs for corn dollies have been handed down for centures, being talismans for good luck and fertility. They were hung on windows and doors of both homes and farm buildings. The making of one corn dolly in the form of a person is a memory of the original British god of the harvest; the equivalent of the Irish Crom Dubh. He became known as John Barleycorn, and represented the life of the field. The corn dolly representing him was traditionally buried in the corner of the field as a sacrifice to the Earth Mother. Memories of both the British Lammas and Irish Lughnasa were of course exported to the United States with the immigrants who settled there, where it became known as Harvest Home. Many of the traditions and songs were also exported including the traditional song of John Barleycorn.