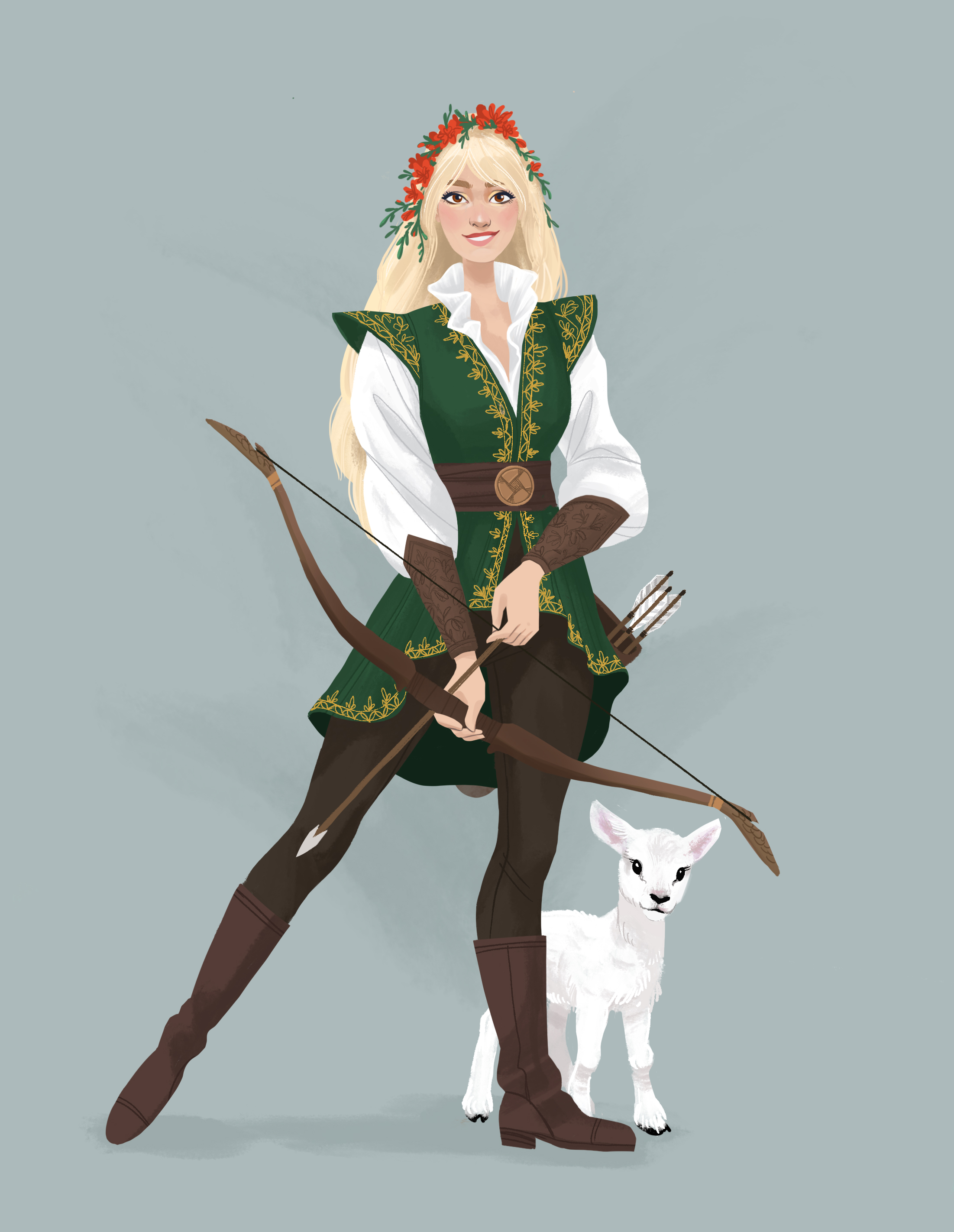 "No matter how long the Winter, Spring is sure to follow."

The literal translation of the Irish word Imbolg is ‘in the belly’, while the English word was Oimelc, which translates from Anglo-Saxon as the ‘ewe’s milk’. Both refer to important agricultural practices in both countries. This festival marks the first stirrings of life in the womb of Mother Earth. While some crops were already beginning to sprout beneath the freezing soil, it was also a time of ploughing and preparing the soil for seeding.

In the fields the first lambs are also being born; the ewe’s milk being collected to feed the orphan lambs, as well as being in the kitchen. A tradition amongst farmer’s wives who use it to make their own cheeses. To the common people these were all signs that spring was just around the corner. This was once marked as one of the major fire festivals in pagan Europe, with bonfires being lit in the fields.

Erce, erce, erce, Mother of Earth,
May the almighty grant you, the Eternal Lord,
Fields sprouting and springing up,
Fertile and fruitful,
Bright shafts of shining millet,
And broad crops of barley,
And white wheaten crops,
And all the crops of the earth.

In traditional Irish folk lore this was the festival of Brid, the goddess of the land, of cattle and of agriculture. She later became Christianised, and Imbolc became titled after her; St. Bridget’s Day. As a goddess and a virgin saint she was, and still is in Ireland, called upon to protect mothers, children and cattle. It is still traditional there to create the Brid’s Crosses; a sun wheel made out of reeds and straw, as well as dolls representing her, the Brídeóg. People would make a bed for her, where she was laid with the traditional welcome of ‘Brid is come, brid is welcome’. In Christianised England, this festival became known as the feast day of Candlemass, but prior to this celebrated a virgin goddess, in what later became Christianised as the feast day of The Purification of the Virgin. The title Candlemass came from the older tradition of lighting every lamp and candle in the house on this night to herald the return of spring. This festival of light was adopted by Christianity, with the incorporation of the tradition of the priest blessing the candles to be used in church first, before returning them back to the faithful; a symbolic gesture of the priest representing the Christian god’s power to return light to the world. Because this was the time of fertility returning to the world, it was also a time when young virgin women would ‘divine’ to find their future husbands using a mirror. They would stand in front of it with a candle behind them. The future image of their husband was then said to appear in the mirror.

One other method was spirally peeling an apple. The spiral peel would then be thrown over their left shoulder. The shape it took was believed to take that of their future husbands initial. In agricultural tradition it was the time for the blessing of the plough to bring fertility to the fields. Before Christianity, this was of course carried out by the Druids and pagan priesthoods of the land, and was more than just a simple blessing but in fact consisted of a charm and sacrifice being made to land to ensure that the plough made the land abundant and fertile.