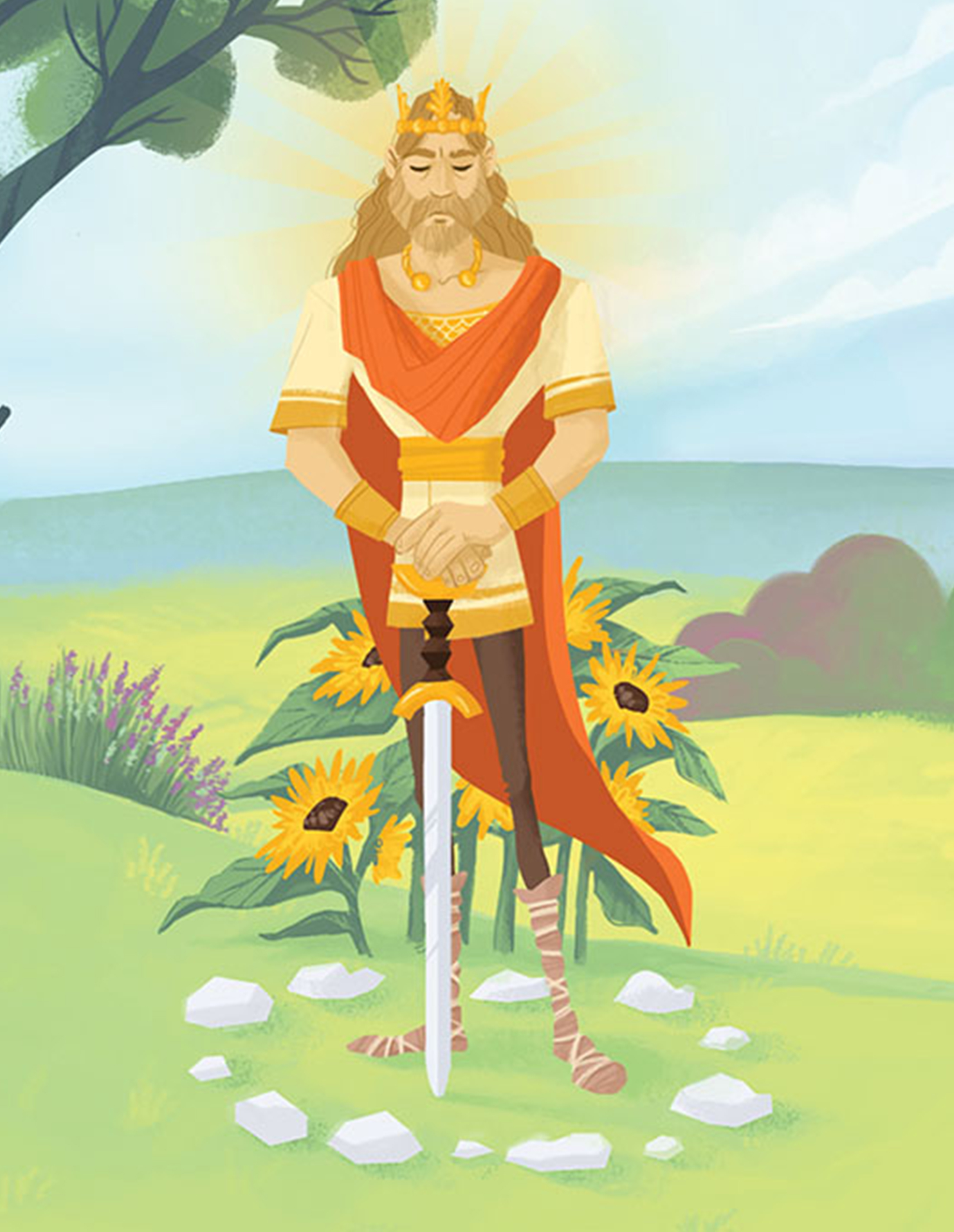 At midsummer nature's growth has reached its height. The flowers of summer fill the fields and hedgerows; meadowsweet, poppies, roses, lilies and honeysuckle. Their aroma fills the air as the temperature rises and the people celebrate the barley and wheat starting to ripen. It is traditionally a time of rest and celebration; picnics in the fields and on the beach. At this point in the year the length of the day has reached its peak, and from this point on the days grown shorter, as the nights grown longer. The importance historically of this astronomical event is highlighted by the number of ancient sites around the world that are aligned with the Summer Solstice.

Several exist in Egypt including at the Osirieon Temple at Abydos, the Essene Monastery at Qumran, but the most spectacular alignment occurs between the two great pyramids of Giza, which crowns the head of the Sphynx as it sets. Further east in India, one of the man-made caves at Ajanta has been aligned with the sunrise, which illuminates the great statue of Buddha. Further west in the Americas there are several solstice sites including the Ohio Serpent, a Native American earthworks whose head faces the rising sun on Solstice morning. In Northern Europe, the Externsteine Rocks in Germany have been a sacred site dedicated to the sun for thousands of years. A shrine on the top most spire has a hole carved which aligns with the sunrise. This site was still in use up until the eighth century by pagan sun worshipers. The Litha festival was and still is of more importance to the peoples of Northern Europe because of the extreme change that takes place in length of days and nights during the year. It was a time, like Beltane when fires were traditionally lit particularly in Scandinavia, the lands surrounding the Baltic and the British Isles. It was believed that these fires would drive away the evil spirits which were gathering. In Denmark this festival is known as Sankt Hans. It is traditional to burn an effigy of a witch on a bonfire; a representation of these malign spirits which may attack the crops and the cattle. The old pagan festival has been overlaid with the Christian Feast of St. John, which celebrated the overcoming of paganism by Christianity, hence the burning of the witch. Similar traditions continued in the British Isles on the eve of the Summer Solstice, either to ward off evil or to encourage good fertility up until the mid-twentieth century.

¬In the Orkney Islands bonfires were lit from heather, and burning, smoking wood from them was carried into the cattle sheds to keep the cattle healthy and fertile. In Scotland burning wooden torches were used to bless fields in a similar fashion, being carried in a clockwise procession around the fields, while on the Isle of man bonfires were lit on the hilltops so that cattle could be driven through the smoke and flames to keep them healthy. Blazing wheels of gorse and twigs were rolled down the hillsides in several parts of the British Isles, representing the turning of the Sun. Further South in Wiltshire, England, the tradition of the Druids gathering at Summer Solstice at Stonehenge is one of the most famous events which still takes place at this time. Dressed in their white robes and holding staffs or torches, they gather before dawn to watch the sun rise one last time before the length of the days begins to wane. Even though this tradition is only just over a hundred years old and has its origins in Victorian romanticism, it has captured the imagination of the British people, with Stonehenge forever; though incorrectly, being associated with the Druids; the Celtic priesthood of ancient times. Summer Solstice, or Litha, is of course six months opposed to the Yule Festival at Winter Solstice, when in British tradition the Holly King is killed and replaced by his brother the Oak King. At this time the cycle continues with the rebirth of the Holly King; the god of the waning year from the Earth Goddess. The old Oak King is then slain by his brother, returning to the soil only to be reborn again at Winter Solstice. At this time the Earth Goddess dances in celebration at the Sun reaching its peak and the continuation of the cycle of life and death taking place in the fields:

Where he lies half a year in thy quiet womb.

Who has slain his twin for the love of Earth.

And his touch of gold on field and flower.

Dance, Lady dance – with thy blade in hand,

That shall summon the Sun to bless they land.

Where the Oak King rests, his wounds to heal.

Til his Brother the Oak King shall rise again!